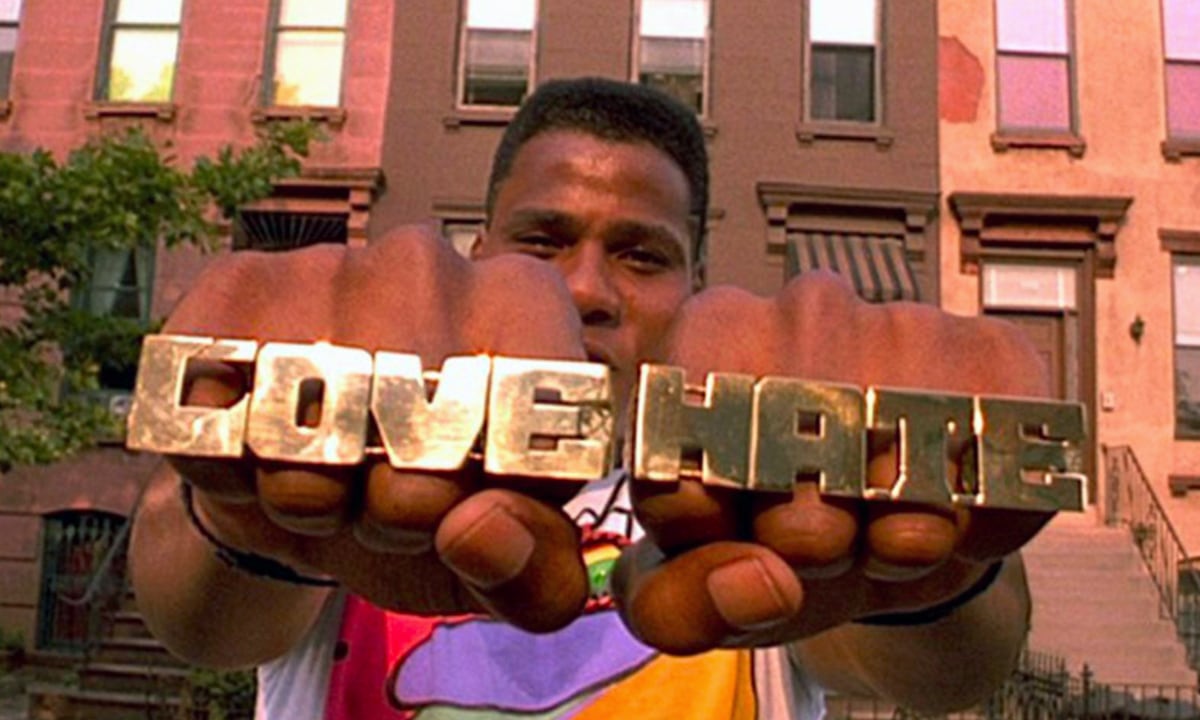 I’ve had a VHS copy of Spike Lee’s Do the Right Thing sitting next to my TV, in my family’s living room, for as long as I can remember.

Its particular relevance struck me this morning, on the heels of protests in response to the murder of George Floyd at the hands of police in Minneapolis. The fate of the film’s character Radio Rahim is as vivid as ever, just over 30 years later.

It was 1989, and my (now wife, then girlfriend) Jeannie and I – having met in the Los Angeles area – not necessarily knowing WHAT we wanted to do, but knowing we wanted out of where we were, sought a dramatic change. Both children of immigrants (which might explain our wanderlust), having attended very diverse public schools that reflected our own diverse backgrounds, we knew we needed somewhere that would reflect that…not just any place would do.

So, we packed three suitcases between us, and – with the help of Jeannie’s friend Carl (his Guyanese family still resided in Brooklyn), we headed to that borough of NYC, two young people with little money, but lots of spirit…and naivete.

We managed to move into an apartment on President Street, just off Flatbush Ave. As it turns out, it would be just a few blocks from Spike’s Joint, Spike Lee’s “pop up” shop, his having experienced some success with his recently released third film, Do the Right Thing.

Jeannie and I both respected that film, and as budding high school teachers, recognized how its message affected the community, and young people, that we were just beginning to prepare ourselves for. Its “anthem” (Public Enemy’s “Fight the Power”) had resonated with anyone who recognized systemic racism, especially as directed at Black Americans.

It would be less than a year later that another race-related conflict (Crown Heights riots) would occur on our street, only blocks away. It was an early taste of what Lee was getting at (and many before him – and many after); that systemic racism plagues our country – and if not dealt with, will continue to cripple us.

After finishing programs at Brooklyn College (she even obtaining her MA), we were excited at starting our teaching careers with Brooklyn’s pubic high school students – she, at Brooklyn Tech; I, at Brooklyn’s Midwood High.

But it wasn’t to be, as (then NYC mayor) Rudolph Giuliani’s Draconian (I didn’t even know that word existed until then) cuts to public education forced both schools to rescind their job offers to us. Just out of college, with no job or prospects, we packed our things, fit them into a car we bought in Queens, and drove cross country…having heard of a new “promised land” (the Silicon Valley, in California’s Bay Area) that was growing rapidly…and needed teachers.

We spent part of the summer driving and exploring (14 states!) before resettling into the East Bay, where we would both teach public high school English for nearly a decade.

We’d find out later (when we provided job references) that our Brooklyn schools had been trying to track us down, to re-offer us our positions. Though that wasn’t to be I believe NYC, and it’s profound and dynamic influence, is inescapable.

Now, both of us teach in East Portland, working with (a growing population of) immigrants, students of color, and Black students…we find ourselves (once again) viewing a world that fails to recognize historic injustices directed at them, and also fails to support them disproportionately…as they suffer the most due to subpar health care, and other services.

The same can be said about Spike Lee’s work, in its continuing recognition of injustice, specifically directed at Black people.

I am not sure how Do the Right Thing holds up stylistically; I am going to try to get my teenage children to watch it. Though the film had many messages, the one I choose to come away with (based on the title, and on reflection), is that awareness is key, apathy is unacceptable…IF love is to triumph.

One thing is certain; its message is more relevant than ever. 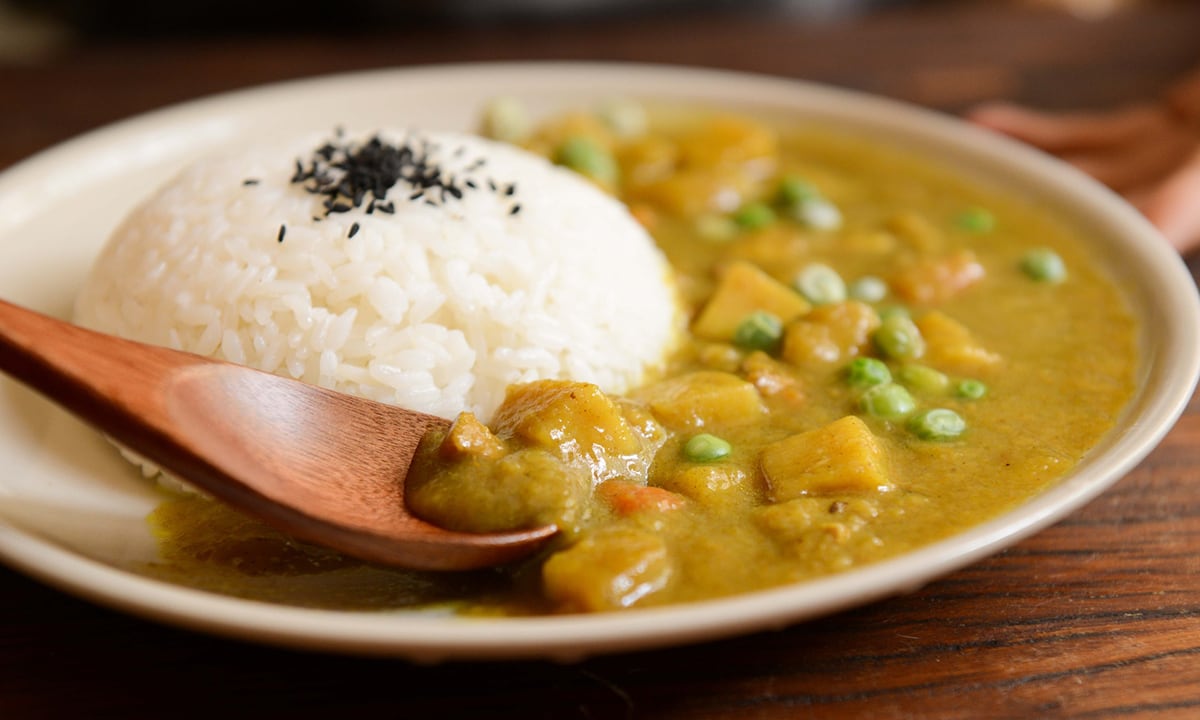 Our family’s take on Japanese curry

Just discovered (thanks to my lovely wife) the Netflix series Midnight Diner: Tokyo Stories … 20 minute “appetizers”, where (as described by the producers) “patrons of an otherwise mundane Japanese diner find simple yet profound connections with one another based on the shared love of a particular dish”. The 12-seat Izakaya is the setting for the anthology (now in its fifth season), based on a manga by the same name, with each episode named after a unique Japanese entree (its preparation part of the story). It feels perfect for our times.

I’m not sure it started with Japanese curry (a comfort food “staple” for my family – my son Max in particular), and my friend Will Olson (who can speak to this better…partially because he can speak Japanese!) – but I realized that as I struggled to deal with the pandemic, and the notion of being ALONE, versus LONELY, that I found myself drawn to many things Japanese.

Will gifted me all the films of Hayao Miyazaki many years ago; I have had a number of conversations recently with my students about the work of the master animator, and those that dealt with loneliness (My Neighbor Totoro), as well as those – like many of his films – that examine our impact on the environment and relationship with nature (Nausicaa of the Valley of the Wind). Miyazaki’s often fantastical, surreal and magical films are definitely a world of their own; but they still, uniquely, connect to many of us in this world.

A writer who does that in a literary sense, for me, is Haruki Murakami. Currently working my way through 600-page The Wind Up Bird Chronicle (his Kafka on the Shore is a favorite); I also want to read his take on the “Great American Novel”, in this case, The Great Gatsby, in his most recent work (Killing Commendatore).

Murakami is known for his surreal/magical narratives, incorporation of cats, and musical references (one novel he entitled Norwegian Wood). So it came as no surprise that a Murakami essay was included in my recently purchased vinyl copy of Ryuichi Sakamoto’s BTTB (Back to the Basics…originally released in 1998), which was reissued in 2018.

I’ve turned to this particular album (like Murakami, finding it particularly rewarding on rainy spring days, with a cup of coffee) – but could easily lose myself in any of Sakamoto’s quite varied works. Arguably my favorite artist, he is a stylistic chameleon (in the best sense of the word – did anyone draw more from the brilliance of Kraftwerk, whose Florian Schneider passed away recently, than Yellow Magic Orchestra?), he is a master collaborator, having worked with so many different artists (from Caetano Veloso to P.I.L.), it would be ridiculous to list them.

But here, on BTTB, it’s the artist returning to where he started – just he and his piano, basically.

That being said, here’s a playlist of Sakamoto’s music to appreciate his adventurous spirit:

Photo by Buenosia Carol from Pexels

Posted at 20:28h in Album Reviews by David 0 Comments
Share

Not the best of years, but certainly not the worst in terms of new music. Here’s my rundown of the records that I listened to the most or that hit me the hardest in 2019. This is a mostly somber and introspective collection of music that sounds more like soundtrack music than indie-pop rockers. One of these actually is a soundtrack. There were some notable exceptions, like French Vanilla and Snapped Ankles – records that made me want to drive fast aimlessly, or maybe just dance while washing the dishes.

Posted at 21:52h in Album Reviews by Gene 0 Comments
Share

The closing of the year is somewhat bittersweet, as its the first year that NEITHER of our offspring joined us to cut down a Xmas tree (our inconsistent tradition since moving to Oregon). It would be great if their absence was for ideological reasons, instead of indifference…so, while I normally listen to lots of really good holiday music (2015’s “It’s a Soul Party”/Sharon Jones and 2013’s “Quality Street/Nick Lowe top the list), here’s the stuff that leads me here:

08 Feb In Love with the New Unloved Album

Heartbreak, the second album from Unloved, has finally dropped and it’s a stunner. Like their debut, Guilty of Love (released three years ago!), Heartbreak is another satisfying serving of 60s girl-group sounds, with hints of vintage foreign soundtracks, murky lounge music, and mellow hip-hop. All of these elements work together to propel songwriter Jade Vincent’s songs about “love” (of course) straight into to your heart via your brain. Vincent, whose voice flows out in a seductively languid style demanding to be heard, together with producer/composer Keefus Ciancia, and DJ and producer/composer David Holmes have created what is already on my shortlist of Best Albums of 2019. 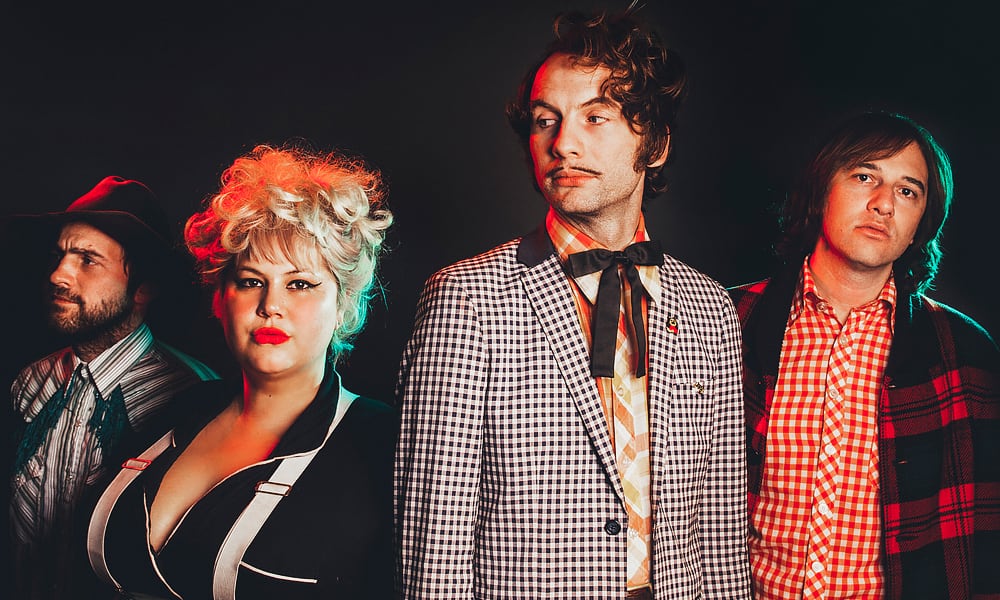 Here’s my list of favorite songs of 2018 – an odd collection to say the least. Favorite song of the year? That’d be “Onion” by Shannon and The Clams (pictured above). It was the earworm that just kept burrowing further and further into my brain. The overarching trend here seems to be mellow 60s-influenced pop gems with a few indie head-bangers to break-up the cool vibe. These songs were a soothing balm for the tumultuous and stressful year that was.

Posted at 17:26h in Album Reviews by Gene 0 Comments
Share

This year will be forever remembered as THE year that the holidays traumatized me…Thanksgiving by itself was something worthy of a John Hughes film – substituting the (now) politically incorrect humor (racial stereotypes? rapey boyfriends?) with just plain hostility. Sooo, music was more important than ever – and some really good headphones… 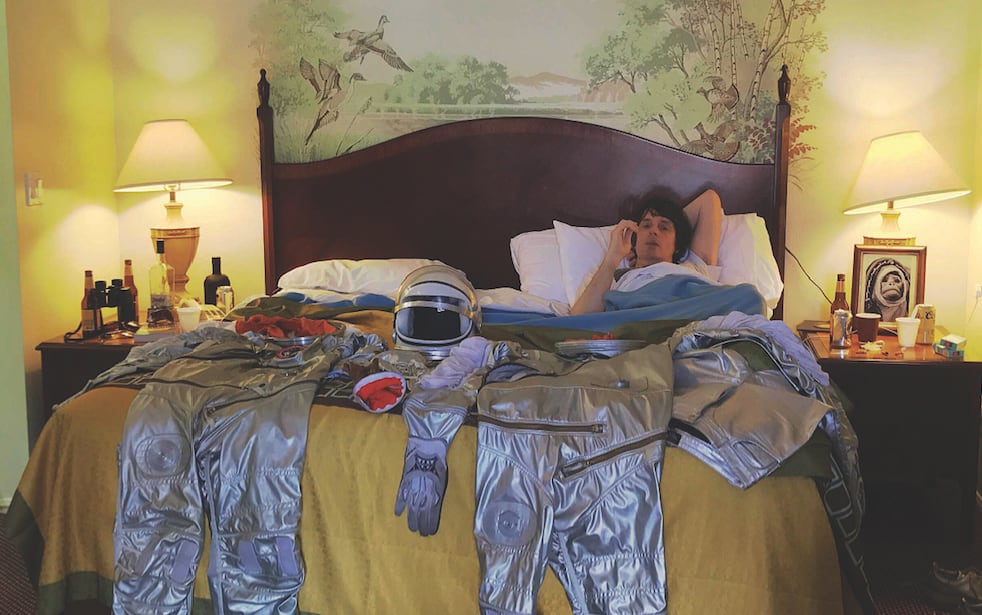 Posted at 01:23h in Album Reviews by David 0 Comments
Share

So much music, so little time!

All in all, 2018 was a pretty decent year for music, both on record and on stage. As always, when I look at other year-end lists I discover things I missed, or never even heard before. There are no big surprises on this list – these are the albums that stuck with me the most over the year, so they lean more towards “favorites” that what I think of as “best.” Without further ado, here’s my list of 25 albums of the year in purposely random order. Check ’em out and let me know if you agree, disagree or something in-between. 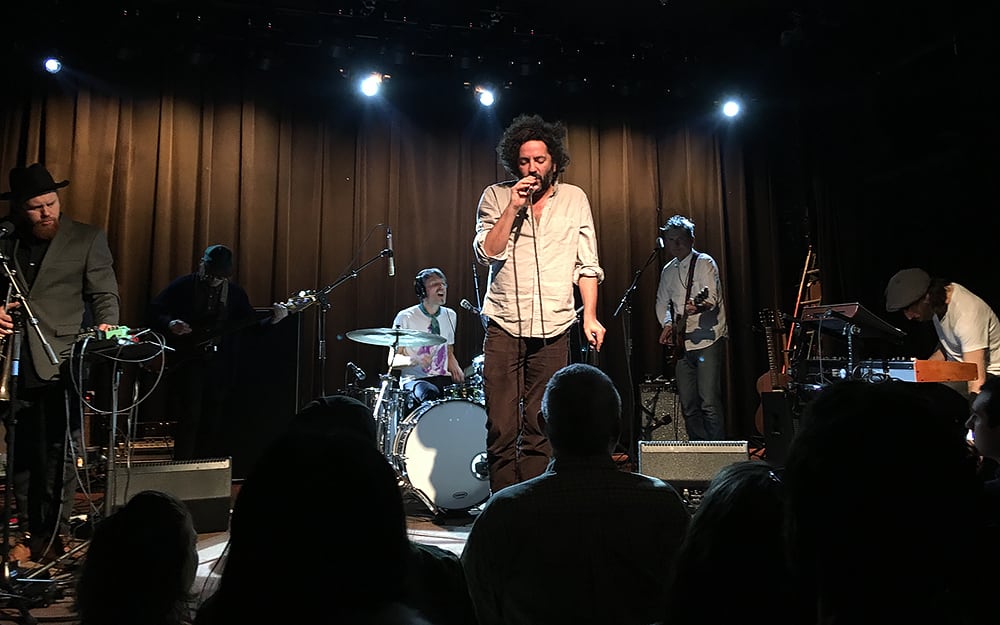 Posted at 19:58h in Live Shows by David 0 Comments
Share

For the most part, we get a pretty good range of bands that stop in lil’ old Portland on the way to-and-from Seattle and San Francisco. Heck, sometimes more esoteric bands make this their only West Coast stop. “Why?” you ask. Probably because we have a large and supportive community of open-minded music lovers here. You see, once it starts raining all we have left to do is sit inside, make things, and listen to music! Here’s my list of favorite shows I saw in Portland in 2018 (in date order): 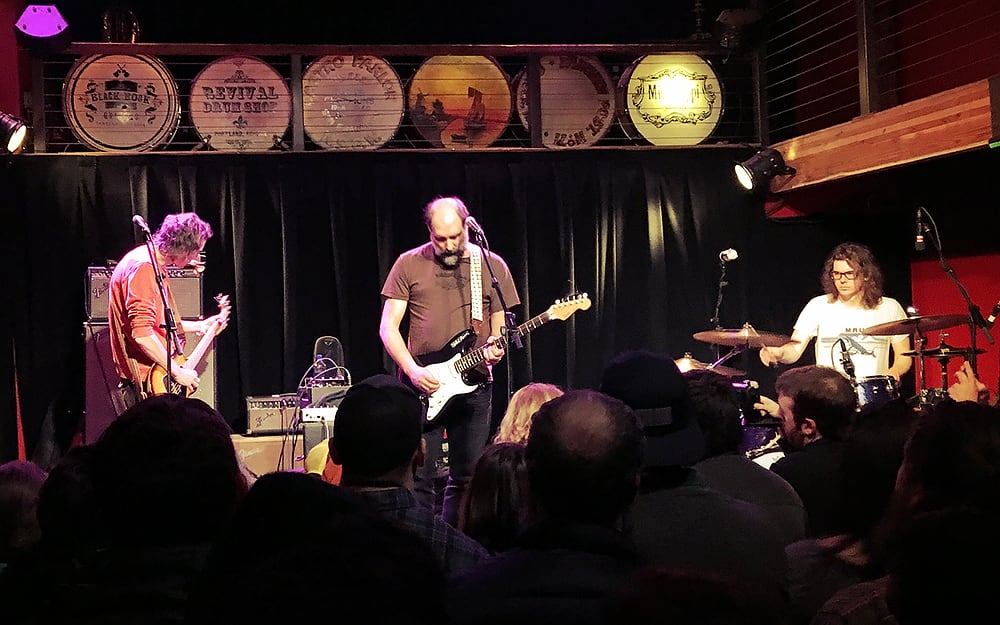 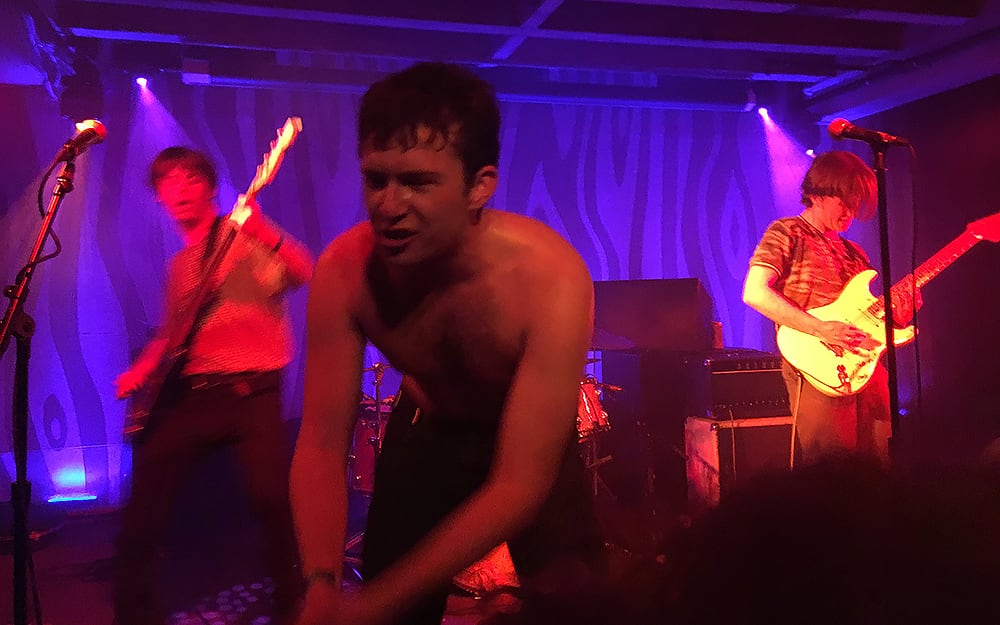 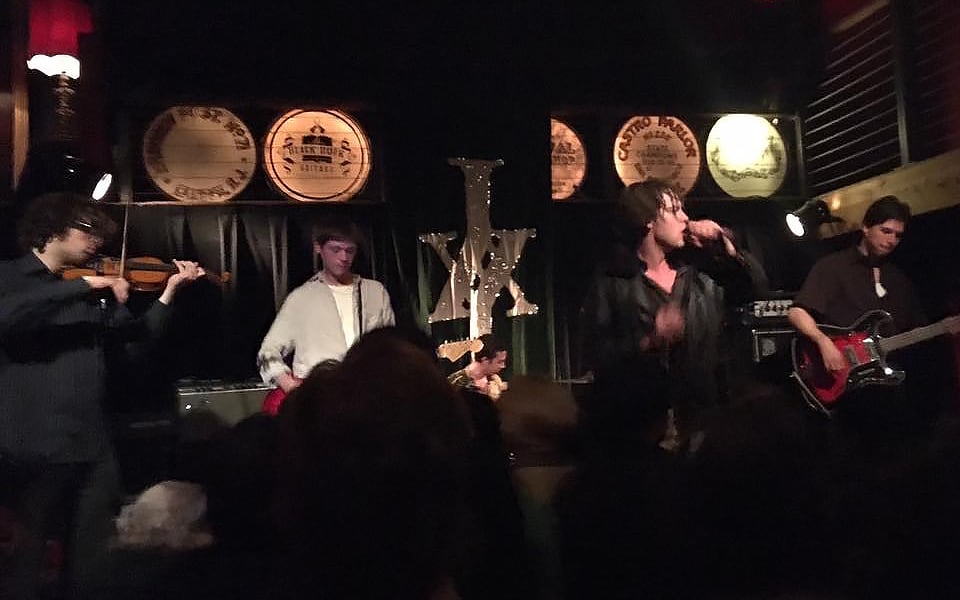 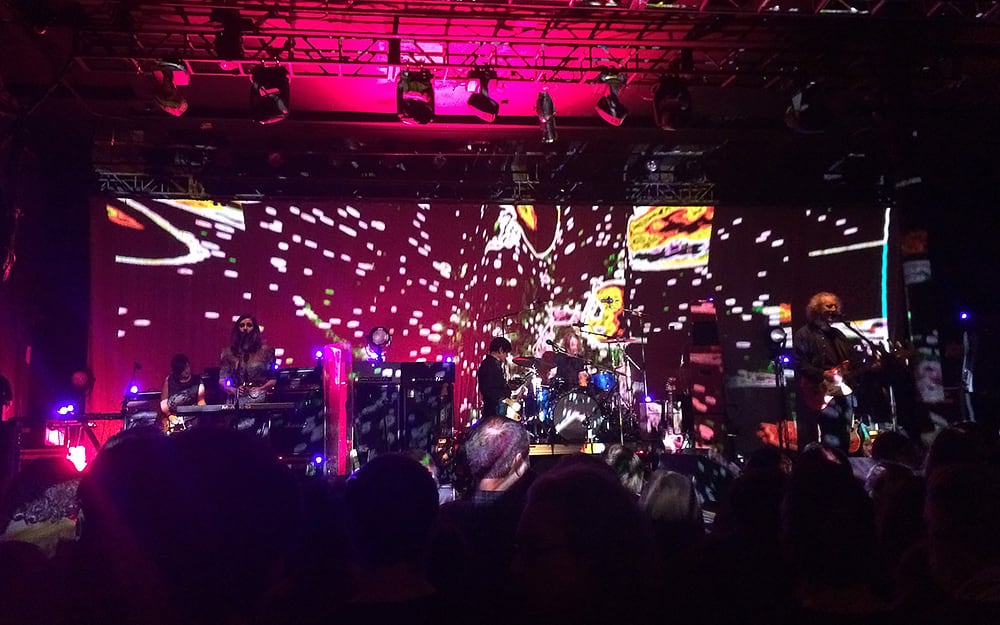 23 Nov What’s in My Bag with Jason Mantzoukas

Posted at 21:45h in Interviews, Videos by David 0 Comments
Share

Actor and comedian Jason Mantzoukas (you may recognize him from his hilarious, high-energy stint as Derek on “The Good Place”) goes shopping at Amoeba Music in Los Angeles and shows you what’s in his bag, including some amazing virtual products. I was amazed by the range and depth of his music suggestions, and I’m looking forward to checking out some of his more obscure (at least to me) recommendations. Bonus points for calling-out both Destroyer and My Bloody Valentine!