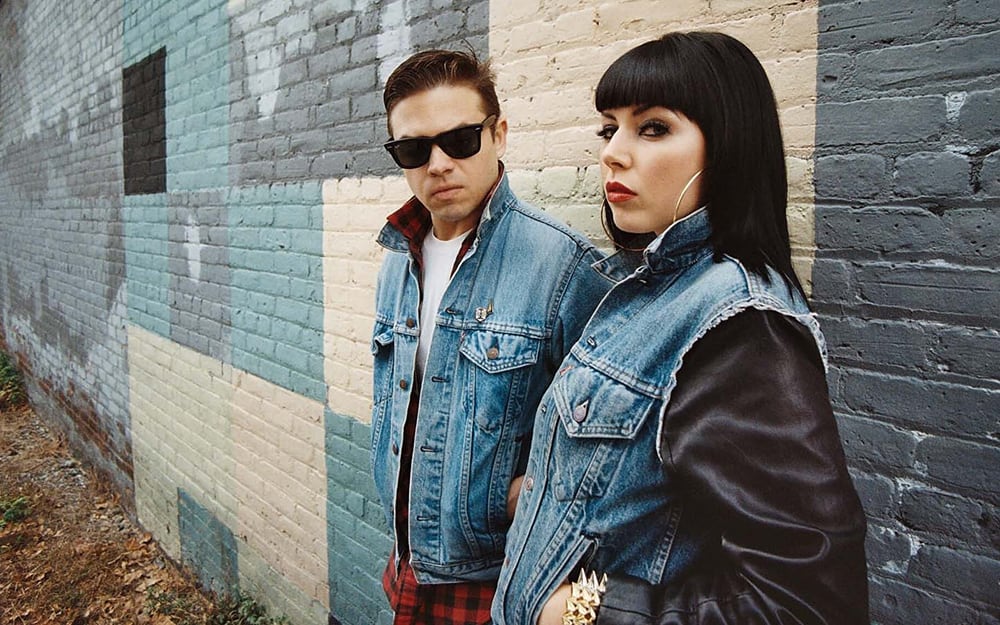 Sleigh Bells first crashed onto the scene a couple of years ago.

With a distinctive mix of blazing guitars, bass turned to 11, screams and high-pitch vocals, they sounded like Katy Perry hijacked by the guitarists from Slayer. Their first album, Treats, grabbed attention for its blend of sonic turbulence and pop swayings. Visually, the band played on the disjunction of crashing beats over syrupy lyrics with videos featuring cheerleaders and leather jackets. Gimmicky, yes, but it seemed to work. My (inner- as well as real-life) twelve-year-old loved it.

I can imagine that the prospect of a second album was daunting for Derek Miller and Alexis Krauss, with their carefully managed image in play. In this vein, the album cover for Reign of Terror, featuring a pair of worn cheer shoes spattered with blood, serves as a clever meme for the brand–I mean, band. If there was any worry that they would sell out to their potential for wider pop distribution, their opening salvo “True Shred Guitar” aims to dispel such doubts. The song was recorded live, with pounding drums, teeth-grinding guitar, and Krauss shouting fuck-bombs–you know, just to make it totally legit. From there, the album oscillates between her familiar screams-and-melody vocals, as in “Born to Lose,” and a more breathy straightforward delivery (as in “End of The Line”). At its best, the latter effect is a kind of eerie, Julee Cruise spaciness (“DOA”). At its not best, it’s more like cotton-candy (“End of the Line”). Even the album’s single, “Comeback Kid,” has a fierce guitar line, but the vocals leave a saccharine aftertaste. Fuel to the suspicion that the odd bubble-gum and cheerleader fetishism may not be a put-on after all.

Sleigh Bells have been described as a noise pop band, putting them in comparison with such heavies as Sonic Youth and Jesus and Mary Chain. However, with Reign of Terror, Sleigh Bells suggest a more apt description such as pop noise, placing themselves much closer to the top 40 end of the spectrum. As such, the album may bring a challenge, being too bitter for the pure pop crowd but cloying for those with indie tastebuds.