Radiohead Makes a Believer Out of Me 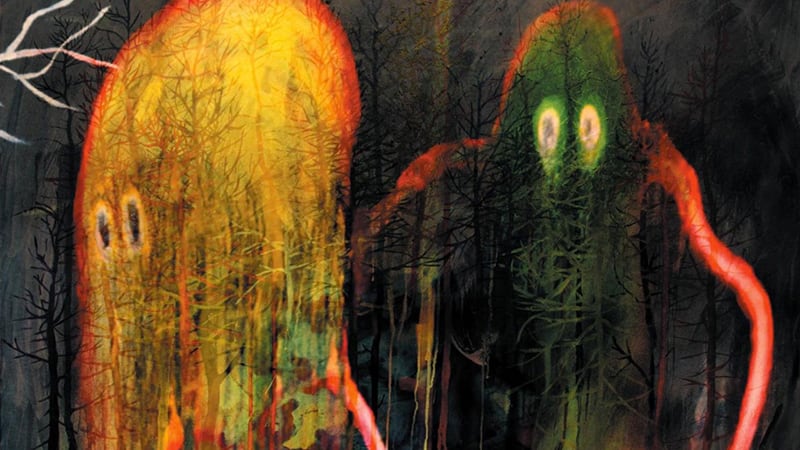 28 Mar Radiohead Makes a Believer Out of Me

As I’m sitting here listening to a copy of Radiohead’s latest outing, The King of Limbs and getting ready to make some sort of commentary about it, I wanted to bring up two quick points:

A) Writing a review of a Radiohead album is like asking to be used as a human piñata in every hip neighborhood in the known world, and

B) I have been known for many years as The Guy Who Doesn’t Like Radiohead!

That said … I have always respected Radiohead. I find their melding of Rock and Pop with heavy experimental to be note-worthy and enviable. Their pioneering, along with Einsturzende Neubauten, of new paradigms for distribution and listener involvement in the album making and releasing process is work that might actually save the world, or at least the musical part of it… I mean, I even own a clear vinyl, limited edition 7″ of Creep. Everything about Radiohead screams my name is several different languages. But honestly, and sadly, since Kid A, I have just never actually been able to get into the music itself.

Honestly, The King of Limbs has changed all of that. Sure, some of the elements that have always turned me off are still here: The skittering, distorted jungle/dubstep influenced beats that should have been laid to rest in 1998 are still there, but have been toned back and mixed in to be more just a chaotic element of the overall sound picture rather than a statement in themselves, and are honestly in rather short supply; a good thing in my book. Thom Yorke is still taking everything in a falsetto, but sounds more inside his voice than in some previous releases.

About that falsetto. Yorke, unfortunately, is in the difficult position of having to sing over what are basically soundscapes. Melodically, there is nothing for a singer to hold onto, and it forces the singer to stretch the vocal melodies and lyrics into long, oblique phrases that are hard to get your head around as being ‘vocals’. The voice simply becomes another instrument in the overall sound picture. On the King of Limbs, Yorke not only fills this difficult position with aplomb and taste, but manages to actually make it sound effortless and good. On other Radiohead albums, it sounded like a lot of work. Here, it just comes across as a natural extension of everything else around it, and quite strikingly beautiful actually.

The musical background is fantastic and approaches the best of Eno’s ambient work in it’s simultaneous depth, simplicity, and utter lack of ego. There are no big solos here, no ‘look at what a fantastic Guitarist/Singer I am’. All of the instrumentation, including the voice, works together flawlessly to create a unified sound picture. Radiohead is working together here to create and evolve a definition of what Radiohead is as a unit, and to do justice to their collective concept of sound and music, not to push a collection of amplified personalities. It works beautifully. Guitars, synths, bass and processing fade in and out of each other and you stop listening for distinct parts and just listen to the music as a whole.

OK. As  for the stars. I don’t often give anything a perfect rating. To me, a perfect rating means an album that is not only good, but somehow changes my perception of music, how it’s made, and at best inspires me not only as a listener but as a composer. The King of Limbs did just this for me. While longtime Radiohead fans might disagree, holding up OK Computer or Amnesiac as better albums, King of Limbs for me is a defining moment; the moment where I finally ‘got’ Radiohead. I might actually delve into some of their older releases I have ignored for years.